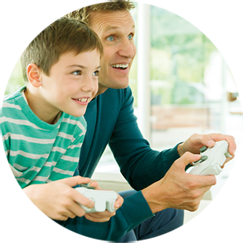 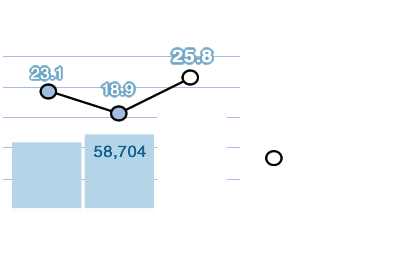 Efforts to globalize the Monster Hunter brand, including the first global simultaneous release for the series and aggressive overseas promotions, paid off with it becoming the biggest hit in Capcom history, selling 7.9 million units worldwide. 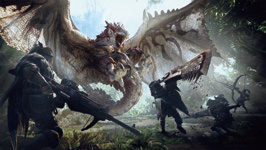 We released Resident Evil 7 biohazard Gold Edition, which combined the full game and paid download content into a single package. Despite it being a catalog title released the previous year, it sold 1.6 million units. 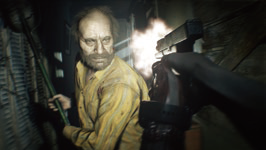 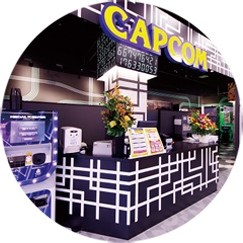 We operate amusement facilities, primarily Plaza Capcom arcades, in Japan. These arcades are predominantly in large commercial complexes.
We have diligently followed a scrap-and-build policy to maximize our efficiency in arcade operations, and have been hosting various events designed to attract families and female customers.

We opened this new location in August 2018. In addition to the latest game machines, we have also set up a VR corner and Chara Cap merchandise shop to attract more customers. 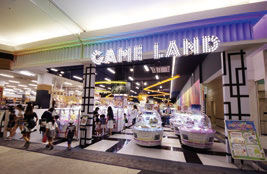 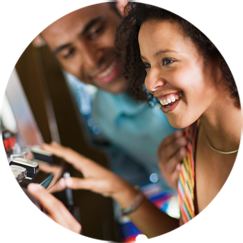 Here, we are engaged in two sub-segments that utilize the contents from our home video games. The Pachinko & Pachislo (PS) sub-segment is involved in the development, manufacture and sales of frames and LCD devices for gaming machines as well as software. The Arcade Games Sales sub-segment develops, produces and sells arcade games for amusement facilities, creating synergy between businesses. 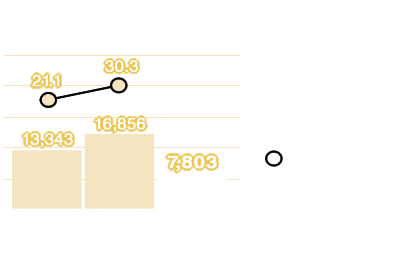 This is the latest pachislo machine to utilize the Resident Evil brand, which is popular in both the home video game and pachislo machine markets. The popularity of the series and the special cabinet called "The Abyss" appealed to players and led to sales of 18,000 units. 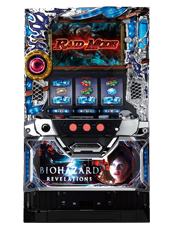 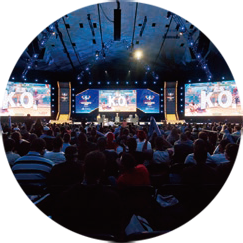 Based on our Single Content Multiple Usage strategy of leveraging game IP across different media, we pursue a variety of copyright-related business opportunities. In addition to adapting game content into movies, animated television programs, music CDs, character merchandise and other products as part of our licensing business, we are also devoting resources to our esports business. 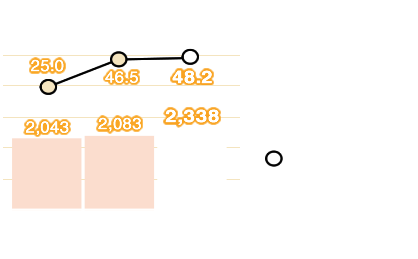 The world championship and conclusion of the Capcom Pro Tour 2017, this annual esports tournament is organized by Capcom and was held in Anaheim, California in December 2017. It was very favorably received, with 2,500 spectators in attendance and more than 2.57 million viewers watching online. 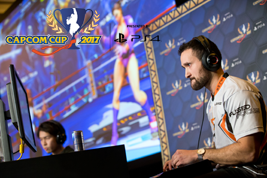 We will realize annual increases in operating income via a portfolio comprised of growth in the Consumer business, stability in the Amusement-related business and a mix of future options to drive further growth.
For the next several years, we will focus on establishing both a foundation for stable growth and a system for additional growth while also expanding our user base by strengthening overseas expansion of the Consumer business. 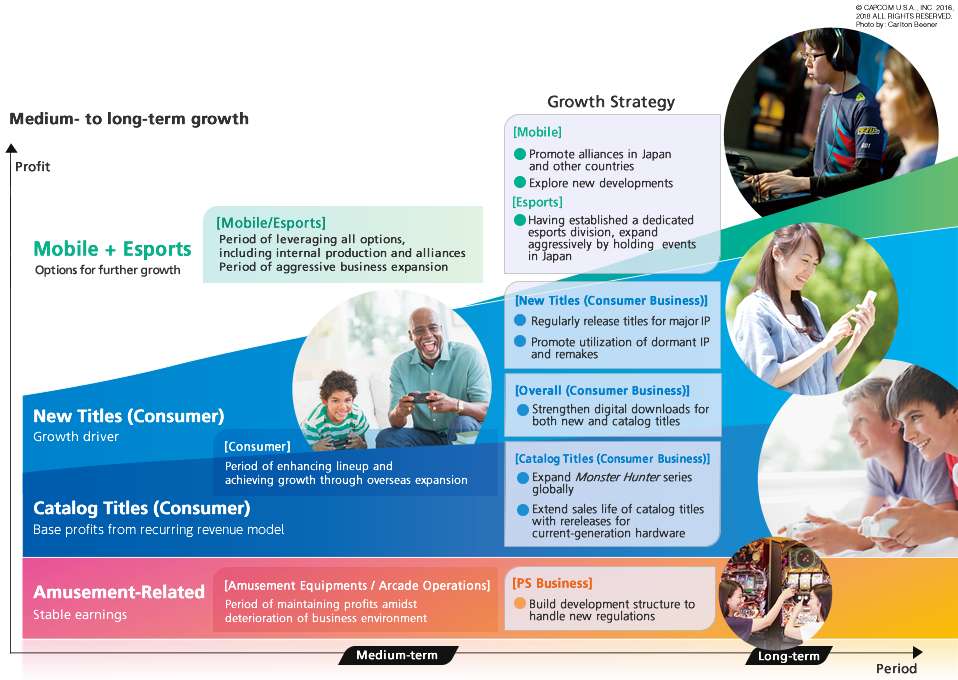 COO’s Discussion in terms of Consumer, Mobile and Esports

Capcom explains our financial highlights in past 11 years.