The thinking that lies at the foundation of Capcom’s development ideals and structure is twofold: first, if the game isn’t good, it won’t sell; second, if you don’t pursue global brands, you won’t survive in the game industry.

It’s been about two years since I took charge of development. During this time, I’ve emphasized my personal motto of "never run away, never give up," and have been able to tackle the issue of ensuring world-class quality, which is a big win for us. Moreover, within the development organization overall, a more conscious focus on medium-term branding on the part of operations has begun to take effect, and we are making progress on developing a structure for stable growth.

In addition to existing issues, the mission I will focus on going forward will be (1) producing both world-class quality and profitability, (2) creating hit mobile titles, (3) addressing development of esports and a long-term sales model, and (4) strengthening network technology for multi-player competition and the like.

In manufacturing, quality and budget are often at odds, but our developers have a great deal of artisan pride, which gives them the aptitude for creating hit titles. I will fulfil my responsibility of balancing their ideals with profitability.

Achieving this mission will require expansion of development resources (personnel), so I will continue to pour effort into hiring and training developers.

The game industry continues to evolve year after year. A major key to survival will be adapting to advances in communication speeds and screen resolution.

Further, the most important factor in being able to quickly adapt to the ever-increasing scale of game development, while at the same time bolstering the lineup of major titles needed to provide stable growth, is building up our personnel base. To this end, we have hired 100 developers every year since fiscal 2011, with the goal of maintaining a workforce of 2,500 developers by fiscal 2021.

The reason we choose in-house production over subcontracting, despite increased fixed costs, can be found in advancements in and the growing scale of game development. We judged that, in addition to there being few subcontractors able to provide us with the necessary support, creating an environment of friendly competition is essential to world-class development and technological capabilities.

Based on the above policy, around 90% of our development human resources are allocated to the Digital Contents business.

To ensure the quality and quantity of our human resources, particularly for new graduates, we have introduced unique training and mentoring systems to increase both soft skills and technical skills, establishing a practical means of developing young employees to become fully self-sufficient by their third year of employment. As for mid-career and younger employees (core development framework), we selectively promote talented personnel in key areas and cultivate them through title development to help them grow into "core members" who will lead overall game development. Occasionally, our employees must cope with failure, and sometimes they will hit a wall, but a wealth of experiences is the source of personal growth.

We will look into brand-based human resources allocation in order to develop an organizational structure specialized for brands. The skills required for a game like Resident Evil are quite different from those required for a game like Monster Hunter, so we believe that identifying which developer is suited to which brand and putting the right people in the right places will allow us to create games of higher quality.

In addition to compensation like title-specific incentives and assignment allowances, we have put together a pleasant workplace environment that includes an on-site day care center as motivation for employees. However, the biggest motivation for developers involved in building creative games is undoubtedly being in an environment that allows them to create the games they want to create. My background is in R&D as well, and I see that as the wellspring of development at Capcom. As such, beyond budget and delivery schedules, I am working to give as much freedom in craftsmanship as possible.

Investment in Intellectual Capital
Acquiring and Generalizing the Latest Technologies

Capcom invests aggressively in R&D centers and development facilities based on the conviction that you can’t create world-class games without pursuing evolution, and the technical results lead to a competitive edge over other companies. The key point in differentiation from other companies is generalizing the latest technologies and making development easier to increase efficiency. For example, the RE ENGINE development engine not only enables graphical expressions nearly indistinguishable from live action but also dramatically shortens the time required for each process in game development. Our in-house oriented development structure allows us to improve specifications constantly, and this makes such things possible.

[The Heart of Value Creation] Devil May Cry 5 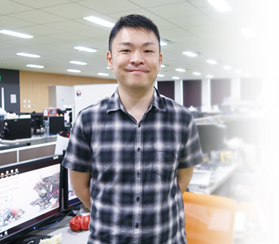 Career
Tokuda joined the Company in 2004 as a planner, having just graduated. Since that time, he has been continuously involved in the Monster Hunter series. His first experience as the main planner was on Monster Hunter 3 Ultimate. Promoted to director with Monster Hunter: World, he has been successful in the mission of expanding the brand to the overseas markets.

I’ve been involved with the Monster Hunter series since I joined the company, but Monster Hunter: World was my first time as director. The main responsibilities of the director are presenting the vision for the title to the staff, judging the deliverables produced by the staff, and making course corrections when necessary. In part because it’s such a large development team, when development first started, I was unable to properly communicate my intent, and the deliverables were off the mark. However, things changed dramatically when I reviewed the PDCA cycle and got etter at communicating my thoughts. I became painfully aware of the importance of the director’s role in that Capcom has many outstanding creators, but whether those skills are leveraged or not depends on me.

Before becoming director, I worked as a planner, but with each new title, I was given jobs of greater importance, so I could feel I was moving up even while still working as a planner. While continuing to work on building up Monster Hunter, I plan to work on creating intellectual properties that will surpass Monster Hunter in the future.

Career
Ueda joined the Company as a programmer in 2006 having just graduated, and participated in the development of Mega Man Star Force, Monster Hunter, and other series. After directing a mobile application development project by young employees, he was selected for promotion to be a programming lead on the Resident Evil 6 rerelease. He is currently working on development of Resident Evil 2. 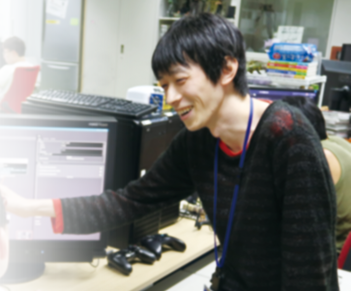 As a programming lead, when we were engaged in the development of the Resident Evil 6 rerelease, a project by young employees, I was in charge of assigning duties, progress management, and negotiation with our internal Quality Control Department and outside parties. It was my first time to manage the work of young employees on top of my own programming duties. As such, I stumbled a lot, but by working on creating an atmosphere in which we could proceed smoothly with game development, such as putting our heads together on ways to solve problems and engaging in active communication, we successfully completed development.

I personally think it’s important that creators not only have well-rounded capabilities but also a special skill or weapon of their own that they can wield better than anyone else. What’s good about Capcom is that you can choose the direction you want to go in yourself. By having a clear handle on the fields you’re interested in and knowing what you want to do, you can develop the skills you want.In the ever-evolving game industry, if you don’t grow on a daily basis, you’ll get left behind. The young people joining the Company in recent years have extensive knowledge of programming, so I’m going to continue to devote myself to the job so that I stay ahead of the pack. 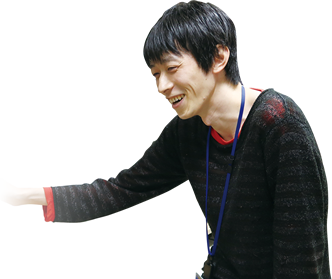 Capcom explains game related market and our business segment with its characteristic and VRIO analysis.

Capcom shows our relationship with our stakeholders.