The Street Fighter series was launched in 1987 as an arcade game title, after which Street Fighter II, released in 1991, became a massive hit. The game’s innovative fighting system became all the rage, establishing the fighting game genre, with the series going on to a cumulative 40 million units of software shipped worldwide (as of March 31, 2018). Street Fighter has gained popularity over the 30 years since its launch and continues to grow as a driving force in the esports fighting game segment. 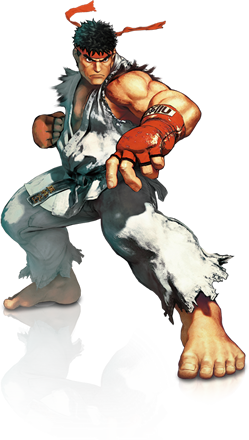 Released in 1991, Street Fighter II‘s innovative battle system made a splash, driving it to become a record hit title that established the fighting game genre. With the support of fans throughout the world, cumulative shipments in this series have surpassed 40 million units, cementing the brand’s popularity.

However, despite Street Fighter V (released in February 2016) aggressively taking on several challenging initiatives to pursue new advances in the series, the game suffered server issues beginning on the launch date, preventing us from providing a smooth play environment.

Naturally, Capcom is prepared to address such problems, and in order to resolve these, as well as other aspects that users were dissatisfied with, we implemented various measures using the PDCA cycle. For example, we rebuilt the server environment from the ground up, and carried out continuous updates to augment the game’s content. Further, while building on this concept, we released a number of highly demanded new characters and costumes.

Additionally, Street Fighter commands a presence among fighting games in the esports arena, and is utilized in the Capcom Cup, the official global tournament held since 2013, as well as at EVO, the world’s largest fighting game competition—events that work to draw in audiences who enjoy watching fighting games and convert them into new players. These multifaceted efforts led to restoring fan trust and recovery of the brand.

Going forward, we will continue to provide updates and implement flexible pricing to further expand the Street Fighter user base.

Also, while maintaining an eye toward the adoption of league competitions within esports, we will conduct initiatives unique to Street Fighter that entertain fans throughout the world.

The Path to Success

Server Troubles on Day One

Based on a development concept of "reboot," Street Fighter V was released in February 2016 following a rethought approach to game creation aimed at enabling a wide range of users to play the game.
Although we took on new challenges with respect to both the software and the network environment, server issues affected areas such as fight matchups and loading times, which resulted in an inability to provide a smooth game play experience. Our first mission was to resolve these issues as quickly as possible. 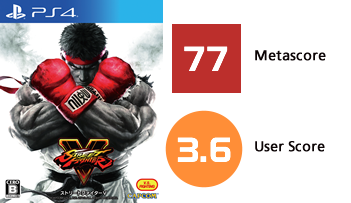 With Street Fighter V, to resolve server issues as well as other elements users were dissatisfied with, we repeatedly implemented a number of measures using the PDCA cycle. For example, we bolstered the game’s content with the addition of highly demanded, new characters and costumes. We also rebuilt the server environment from the ground up, and although this required time to accomplish, through repeated and continuous updates we were able to provide a more complete product. 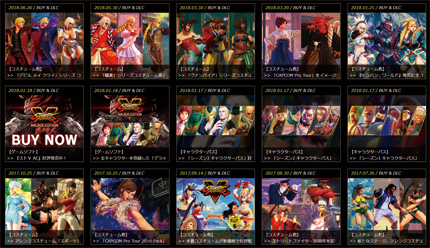 Popularity in Esports, Recovery of Trust and Brand

In addition to the aforementioned efforts, from 2013 support has blossomed for Street Fighter in overseas esports events, primarily in North America. Drawing in both players and fans who enjoy watching fighting games has created a synergistic effect with regard to game software sales. As a result, the Metascore of Street Fighter V: Arcade Edition, launched in January 2018, has risen significantly, restoring trust among fans and enabling brand recovery. 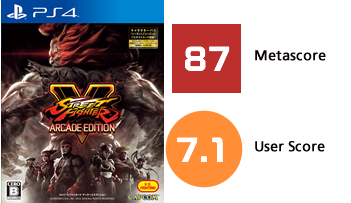 Growing the User Base with Pricing Strategies and League Formation

Going forward, we will engage in ongoing updates and are considering a strategic lowering of software and add-on content pricing to further grow the user base. As price sensitivity is particularly high overseas, this will be an incentive for those who have been hesitant to make a purchase. Also, given the success of team league competitions in esports, we will promote the full-fledged formation of leagues outside the North America region to acquire more new players. We will leverage initiatives unique to Street Fighter to continue captivating fans throughout the world. 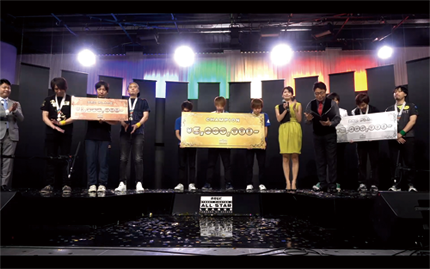