The Monster Hunter series is a hunting action game in which players face off against giant monsters in magnificent natural settings. Establishing a new communication style of online collaborative play in which friends cooperate to battle giant monsters, this title created a social phenomenon in Japan known as the “Monster Hunter craze.” Since the first title in this series was launched in 2004, the number of fans has continued to increase over the past 14 years, growing into an extremely popular series with a cumulative 48 million units sold (as of March 31, 2018). 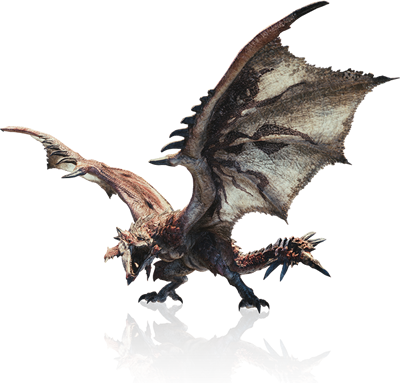 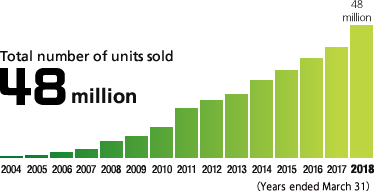 The first Monster Hunter game, released in 2004, created a social phenomenon referred to as the “Monster Hunter craze,” firmly establishing it as a national pastime in Japan. However, the growth of its popularity overseas was an issue: in contrast to its domestic popularity, overseas sales were only one quarter those in Japan.

To address this, with the launch of Monster Hunter: World in January 2018, Capcom rolled out a variety of measures aimed at propelling Monster Hunter into a global brand.

Of these numerous measures, one involved the series’ first global simultaneous launch date. This facilitated the simultaneous dissemination of information throughout the world, attracting theattention of a greater number of consumers.

Additionally, Monster Hunter: World was developed for high-end consoles with globally large installation bases. As a result, we were able to satisfy game players who expressed their desire to play a more technologically advanced Monster Hunter, an opinion we had received more than ever before, while at the same time build a foundation for the next generation of the brand.

These efforts were successful, and without any loss of core series fans, we were able to overcome linguistic and cultural barriers to earn high praise from users around the world and achieve shipments of 7.9 million units, a Capcom company record. Further, we succeeded in capturing overseas users, with an overseas sales ratio of approximately 60%.

Furthermore, the PC version of Monster Hunter: World was released worldwide in August 2018, and in order to further cement its position as a global IP alongside Resident Evil and Street Fighter, we will continue working to further grow sales.

Monster Hunter: World was the first title in this series to have a global simultaneous launch date. It was also available in 12 different languages in an effort to cultivate users in new regions. Members of the development team also traveled the globe to aggressively promote the title, providing the latest information to the world and successfully maximizing awareness ahead of the launch date. As a result, five million units were sold in just the first three days, becoming the best launch of the series so far. 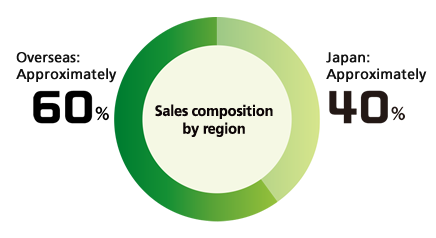 Leveraging the Power of Home Consoles to Depict a Living, Breathing Ecosystem

Monster Hunter: World, the first title in the series developed for home consoles in nine years, maximized the capabilities of the hardware to bring an incredibly dense ecosystem of monsters to life. The successful creation of a deep world depicting turf wars between monsters in a realistic food chain and stunning, 4K- and HDR-compatible visuals led to an impressive Metascore of 90 points—the Metascore working as an indicator of consumer purchasing. 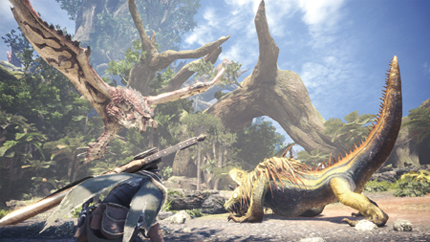 Capcom uses social media and other sources to ascertain user preferences and trends in an attempt to improve game content. Monster Hunter: World game content was also improved by incorporating user feedback. For example, many users in the United States and Europe said that it was difficult to understand whether or not their attacks were having any effect during the game. After numerous careful discussions, we implemented a system for displaying damage to monsters not used in previous titles, among other advances that have proved popular with existing and new users. 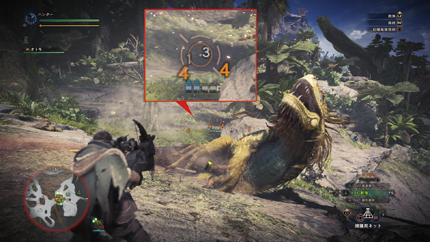 In consideration of traditional fans, display can be turned off

We conducted three beta tests before the launch of Monster Hunter: World. Typically, beta testing is conducted to test server loads, but in this case, it also had a promotional effect as users who played and enjoyed the game disseminated information about it independently to the gaming community. Additionally, being able to respond in earnest to defects discovered during beta testing enabled us to successfully engage with existing Monster Hunter fans while introducing newcomers to the brand. 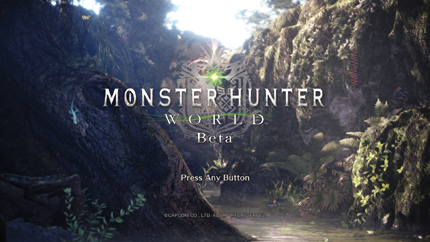