Here, we are engaged in two sub-segments that utilize the contents from our home video games. The Pachinko & Pachislo (PS) sub-segment is involved in the development, manufacture and sales of frames and LCD devices for gaming machines as well as software. The Arcade Games Sales sub-segment develops, produces and sells arcade games for amusement facilities, creating synergy between businesses.

Operating Income Increased 81.6% on Launch of Popular Pachislo Machines in the Midst of a Weak Market

This fiscal year (ended March 31, 2017), in the Pachinko and Pachislo sub-segment, Monster Hunter Kyoryu Sensen was a big hit owing to synergies created with the home video game version. The result was sales of 37,000 units, driving sales beyond initial projections. In the Arcade Games Sales sub-segment, we focused on catalog sales and also released Mario Party Fushigi no Challenge World.

*1 Model certification: A public test to verify whether or not gaming machines are in accordance with regulations conducted by the Security Communications Association on behalf of public safety commissions in each of Japan’s administrative divisions. 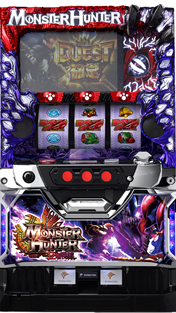 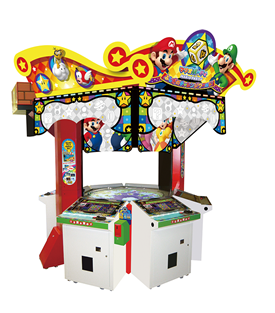 Projecting an 8.0% Decrease in Net Sales and a 25.6% Decrease in Operating Income Due to an Uncertain Market and a Downturn from the Previous Year

In terms of the PS market outlook, the pachislo machine operation rules are scheduled to change in October 2017, so further restraints on gambling are expected.Moreover, legal regulations are also being considered as a measure against gambling addiction, thus the market environment is expected to become even more difficult. Additionally, we anticipate that the market conditions will continue to be difficult for pachinko machines as well, due to restrictions on ball dispensing as a measure against gambling addiction. Capcom aims to increase unit sales by continuing to (1) supply four proprietary cabinets per year, (2) secure a strong sales network and improve development quality through an alliance with major sales company Fields Corp., and (3) release proprietary pachislo machines not dependent on gambling and that feature a variety of clever video elements and playing styles. Next fiscal year, we are projecting sales of 50,000 units comprised of four machines, including Ace Attorney and Resident Evil Revelations.

In the Arcade Games Sales sub-segment, we expect a continued decline due to diminished motivation to invest among facility operators and a decrease in large products. Under these circumstances, we plan to release Monster Hunter: Medal Hunting G as a new machine utilizing our popular intellectual property. 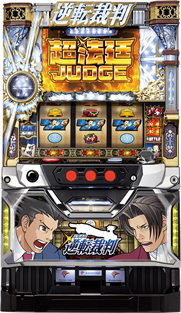 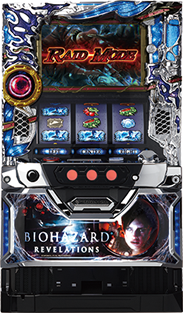 From our information on Capcom ESG, we introduce our outlook on environmental initiatives.