We operate amusement facilities, primarily Plaza Capcom arcades, in Japan.
These arcades are predominantly in large commercial complexes. We have diligently followed a scrap-and-build policy to maximize our efficiency in arcade operations, and have been hosting various events designed to attract families and female customers. 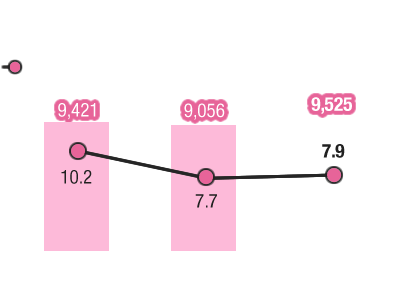 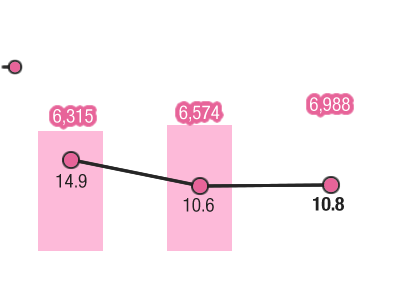 The Market Bottomed Out Followed by a 2.7% Increase;
Both Sales and Profits Were Up due to Improvements at Existing Stores Accompanying Deregulation

The domestic arcade facilities market grew during the previous fiscal year (ended March 31, 2016) for the first time in nine years to 433.8 billion yen (up 2.7% from the previous year). This was due to a slowing of the downturn in consumer spending following the consumption tax increase of April 2014. The total number of arcades decreased to 14,862 (down 4.8% from the previous year), but the number of units installed at each arcade increased to 33.6 (up 2.5 units from the previous year), and annual sales per facility increased to 29.19 million yen (up 7.9% from the previous year), demonstrating that the closing of unprofitable locations and streamlining of management by many companies has been successful. This fiscal year (ended March 31, 2017), the market showed a recovery with increased sales per customer due to restrictions on the time that minors can be in arcades while accompanied by a guardian being relaxed in the Entertainment and Amusement Trades Act (Entertainment and Amusement Trades Rationalizing Act).

During this fiscal year, three stores were opened, including GAMELAND Shin-Sapporo in Hokkaido, and one was closed, bringing the total number of stores to 36.

Note: Segments include businesses other than arcade facilities operations and exclude corporate. 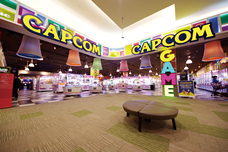 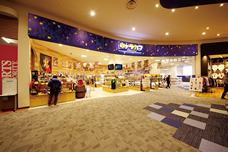 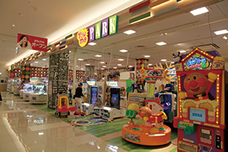 you me PARK Tokuyama 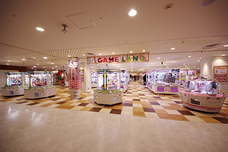 In terms of market outlook, we expect a continued recovery due to relaxed restrictions of the Entertainment and Amusement Trades Act. In the next fiscal year (ending March 31, 2018), Capcom will promote streamlining of management through its ongoing scrap and build policy and ensure earnings at the same level as the previous fiscal year through the creation of new earnings opportunities.

We will continue to hold events for seniors with the aim of attracting middle-aged and senior customers, while strengthening our business foundation by developing new business formats, such as Capcom Café and Chara Cap. In terms of the opening and closing of facilities, in an attempt to further strengthen efficient arcade management operations, we will open new facilities in locations with high concentrations of customers to secure new revenue streams. In the next fiscal year, we plan to open five facilities and close one, bringing the total number of stores to 40.

[Get to Know Capcom]
Non-Financial Highlights

A summary of the different capital we utilize that comprises our corporate value is described.