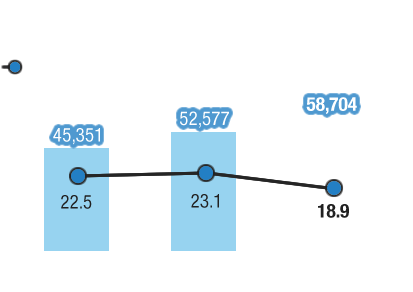 Despite market stalling at the previous year’s levels, net sales increased 16.8% thanks to growth of major titles and digital download contents

In 2016, the consumer (package + digital download contents) market stayed at approximately the same level as the previous year, reaching 21.2 billion dollars (down 2.3% from the previous fiscal year).
This was due to a changeover to current-generation game consoles and the enhancement of online functionality, accompanied by an increase in digital download sales and a decrease in packaged sales. The consumer market is primarily comprised of North America, Europe and Japan, and this trend was especially evident in the North American and European markets, which account for approximately 85% of this market. The highly profitable digital download contents market now accounts for roughly 48% of the consumer market.

Projecting an 11.8% Increase in Net Sales from the Global Launch of Core Titles

For Capcom, we consider Consumer business growth as one of the major keys to achieving our medium-term business goals. Our initiatives are to (1) strengthen digital downloads, (2) bolster our title lineup through the full-scale execution of our 60-month title development plan and 52-week map and (3) awaken dormant intellectual properties.

Efforts within (1) include growing unit sales by strategically releasing major titles and additional content. Also, as one method of utilizing our existing intellectual properties, we will rerelease titles digitally on current-generation hardware in order to create sales opportunities and increase the digital download sales ratio. In terms of (2), we will promote multi-platform development and release a new title within a major franchise every 2.5 years in-line with our 60-month map title portfolio. Finally, for (3) we will work to expand profitability by revitalizing dormant intellectual properties for which we have not recently released new titles.

Next fiscal year, in addition to new titles in core global series such as MARVEL VS. CAPCOM: INFINITE and Monster Hunter: World, we will work to increase sales with catalog sales of Resident Evil 7 biohazard, which was released the previous year. We will also strengthen digital download sales to increase unit sales to 23 million units (up 18.6% compared to the previous year), forecasting net sales of 55 billion yen (up 11.8% from the previous year) and a level of operating income about the same as the fiscal year under review. 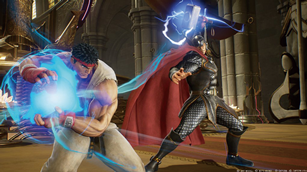 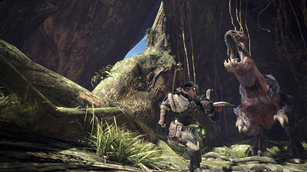 Market Grew up 24%; Profit Increased in Conjunction with 15% Increase in Sales

The freemium (virtual item purchases/in-game purchases) model, where users download a game for free, then purchase access to additional items and other game content as needed, has predominated the market since about 2010. With freemium games, the key success factors are IP (brand/game content) coupled with operating know-how, which includes offering the appropriate services in conjunction with monetization. Because of this, the opportunity to improve earnings is growing for game companies with many popular titles as well as mobile development companies with operational expertise.

In April 2016, we unified our mobile development structure group-wide and launched our new Mobile Business Division. We combined the organizations of the Capcom and Beeline brands (which up to that point had promoted independent strategies) to concentrate both development and management knowhow, and to enable quick decision-making.

Under this restructured organization, we began distributing Otomon Drop Monster Hunter Stories in November 2016, which, along with the existing Monster Hunter: Explore, contributed to full-year profits. We also broke new ground with Toraware no Paruma, a romance game that was developed primarily by female staff, and which captured the number one paid app spot in the App Store rankings the day it was launched.

As a result, net sales increased to 3.8 billion yen (up 15.2% from the previous year). Profits were also up despite the recording of a loss on valuation of unprofitable titles. 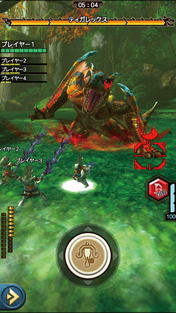 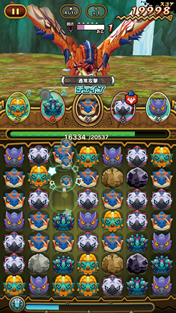 Projecting a 31.6% Increase in Net Sales from Both In-house and Collaborative Titles

We will continue to develop new titles using our intellectual properties and localize existing titles for Asia. At the same time, we will explore a wide range of possibilities, including alliances with companies in Japan and other countries to create the next hit title.

Next fiscal year we expect net sales of 5 billion yen (up 31.6% from the previous year) thanks primarily to license royalty revenue from an alliance, strengthening of existing titles and the distribution of the Android version of Phoenix Wright: Ace Attorney − Dual Destinies. .

The Asian Market Grew Substantially, but Decreased Revenue from Licensing Resulted in a 19.7% Decrease in Net Sales

In 2016, the PC online market grew substantially to 31 billion dollars (up 23.5% from the previous year) owing to worldwide growth, especially in China and Asia, which account for more than 40% of the market.

For Capcom, in addition to stable earnings contributions from domestic favorite Monster Hunter Frontier Z (MHFZ), sales of Dragon’s Dogma Online (DDON) were on track. However, due to a downturn n license revenue from Monster Hunter Online (MHO), which was launched last year in cooperation with China’s Tencent Holdings, net sales dropped to 5.7 billion yen (down 19.7% from the previous year).
Profitability was down due to amortization costs for DDON and other titles being up from the previous year and the recording of a loss on valuation for some titles. 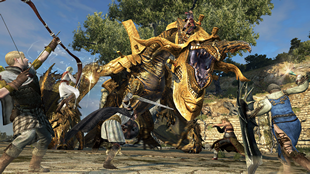 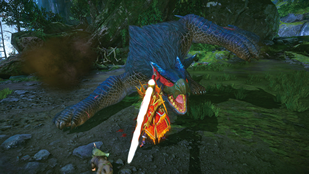 Capcom will continue working to improve our revenue base through ongoing updates to existing titles such as MHFZ, DDON and MHO and by reducing overhead by streamlining management.

As a result of these measures, next fiscal year we expect the operating loss to shrink despite net sales falling to 5 billion yen (down 12.3% from the previous year).

The COO’s Discussion of Growth Strategy