Fight through
fear and desperation!
Resident Evil Village is a
survival horror game like never seen before.

With cumulative sales exceeding 100 million units, the series continues to shock and terrify the world!

The pinnacle of survival horror games, Resident Evil (titled "Biohazard" in Japan) is a game in which players face down terrifying zombie attackers, utilizing whatever means necessary to escape terrifying situations. Supported by a passionate fan base across the globe, cumulative sales of the series now have exceeded 100 million units since the first title debuted in 1996. It has also gained popularity among more than game fans through the release of Hollywood movie adaptations and attractions at Universal Studios Japan.

Number of titles and sales volumes are current as of June 30, 2020.

Intensifying the characters and dramatic elements with fear to captivate fans

The feelings of catharsis and achievement when, driven by the intrigue of what lies ahead, you win over your fears and continue on is at the heart of survival horror games. That combined with a game rich in characters and drama is the basic concept behind the Resident Evil series. Capcom’s DNA is defined by rising to the challenge of crafting that which is both clearly interesting and of value; inheriting this, with each instalment in this series we devise yet unexplored fear that delivers an impact. In keeping step with the evolution of each game console generation, we endeavor to deliver the maximum of what is possible at the time. I believe this is the main reason for the steadfast support from fans over many years and why the cumulative sales of the series has exceeded 100 million units.

March 2021 will mark the 25th anniversary of Resident Evil. At the root of our development philosophy is the idea that we are constantly attempting new things, and as such we are approaching this new installment with the aim of providing players the world over with a new survival horror experience.

A desperate battle in a photorealistic world

Targeting a 2021 release, Capcom is currently working hard on the development of Resident Evil Village. This game, which hides the roman numeral VIII in the title logo, is both the direct sequel to and conclusion of Resident Evil 7 biohazard. 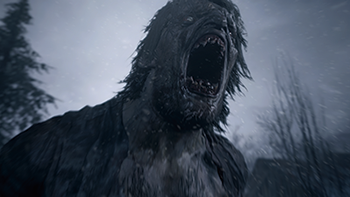 Based on the concept of "desperation," we have broadened the range of strategies players can attempt to employ in their effort to survive. To increase the immersive sensation of being in the game, we have continued to employ the first-person perspective, or "isolated view," from the previous game. Furthermore, we’re working to maximize the performance of next-generation consoles and have optimized game data to reduce loading times to an absolute minimum. On top of that, through synergizing high-definition graphics with 3D audio we aim to depict a frantic battle with an overwhelming gameworld unlike any seen before.

In developing the game, we continue to employ Capcom’s proprietary game engine, the RE ENGINE. The engine and content have been wholly integrated, and the game has evolved along with the engine. We have high expectations that players will be amazed by the smooth controls and immersive experience. 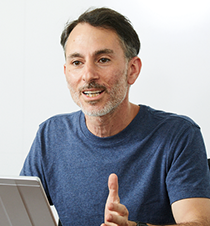 Joined Capcom in 2008. After working in Global Production, became involved in the development of the Resident Evil series. Worked as producer on Resident Evil 3 and now on this title alongside Tsuyoshi Kanda.

Though Resident Evil originated in Japan, it was decided that English would be the main language for this global title. The series is so well known in America that mentioning the survival horror genre alone evokes images of Resident Evil among many people. In working to capture fans around the world with new horror experiences, we consider the culture and preferences of not only Japan but also the various countries in North America, Europe and elsewhere in order to develop the optimal content and promotions.

Our mission as producers is to cooperate with the team members in development, management and global marketing to maximize the allure of our games and communicate that to the world. This series has an overwhelmingly large market share in Europe and North America, and as we approach each region there is a special focus on North America.

As the shift to digital in global markets progresses, we are now also implementing a sales strategy to further increase the share of digital sales of Resident Evil Village, taking into account the significant growth in market share of the PC in the Asian region.

In addition, as development and promotion are taking place amid this year’s COVID-19 pandemic, we are prioritizing the health of our team members by shifting to an online system when collaborating on production with people overseas and have made online-centered promotional activities our core, global policy. All of which is to minimize potential project delays while maximizing the effects of promotion.

Long-term, we would love to see this title reach 10 million units globally! All of us here are working—even, "fighting desperately"—hard to make this title one that will be etched in the memories of our players as the best survival horror experience ever; the perfect tribute to the series’ 25th anniversary.

Building a game means building an organization
To create the pinnacle of horror, we need the right people in the right roles

Preparing the environment and people to move projects forward

Resident Evil Village is truly an amusement park of horror, and with an eye toward a 2021 release, our development team is engaged in our own "desperate fight" to put together all sorts of horrific, exhilarating elements for our fans to enjoy. The most important element of Capcom’s craftsmanship is people. It’s precisely because we maintain an environment that enables each and every member of the development team—made up of several hundred people—to demonstrate their capabilities that amazing games get made. My job is to collaborate with the producers and at times use my experience as a programmer to offer advice, all while keeping an eye on progress and cost. Game development grows more complex each year. What can we do to proceed more efficiently? I maintain a constant awareness of process optimization while striving to improve our world-class quality even further. 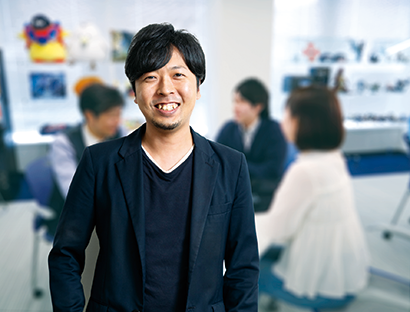 Planning and executing a global strategy

Our role is to launch Resident Evil Village when global interest is at its peak, while devising and executing a unified global sales strategy so that sales continue to grow after its release.

Digital strategy is one of management’s top priorities, and as one of the divisions working on this we propose the timing and price points for products. After a title launches, we do not simply discount the price. Rather, we aim to maximize sales and improve brand value by first conferring with distributors and our development division to release a title at the optimal time and price, based on analysis of both market research and past data.

This title represents a new era of Resident Evil on next generation consoles. By providing a fresh experience perfectly suited to the dawning of a new era, and leveraging the series’ 25 years of rich history, we aim to give it the best kickoff possible.

What is it that creators want to express, and how can that be achieved? Our mission is to further develop the engine and review workflows to meet those potential needs, paving the way to making them a reality.

The RE ENGINE is outfitted with everything necessary for next-generation game development, and it plays an important role in satisfying the expectations of players and overcoming other hurdles that grow with each new console generation. Beautiful graphics are a given, however this time we have made further advances since the previous game in terms of seeking out workflow improvements, optimizing tasks so this tool functions as the heart and soul of game development.

It is our proprietary development engine that makes it possible for both our content and the engine to evolve together. We are providing optimal solutions to the team so that our fans can experience the most terrifying horror. 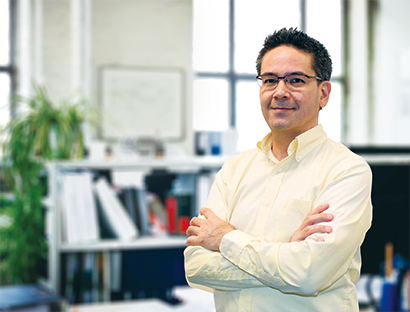 Taking on digital sales in the North and South American regions

Our team devises and executes measures that contribute to maximizing series sales and accelerating the shift to digital. For example, making previous titles in the series, such as Resident Evil 7 biohazard and current-generation rereleases, easier to purchase through discounts timed with the announcement of Resident Evil Village in order to build anticipation among fans.

Sales promotion activities, including discount sales, are becoming more globalized; thus it is essential smooth communication takes place between headquarters, overseas subsidiaries like ourselves, and first party platform holders. It is therefore no exaggeration to say that having the most up-to-date information and the ability to make quick decisions is everything to us. There are times when we must make decisions on the same day we receive information, making the swift coordination of a consensus between headquarters and overseas subsidiaries an important part of my job.