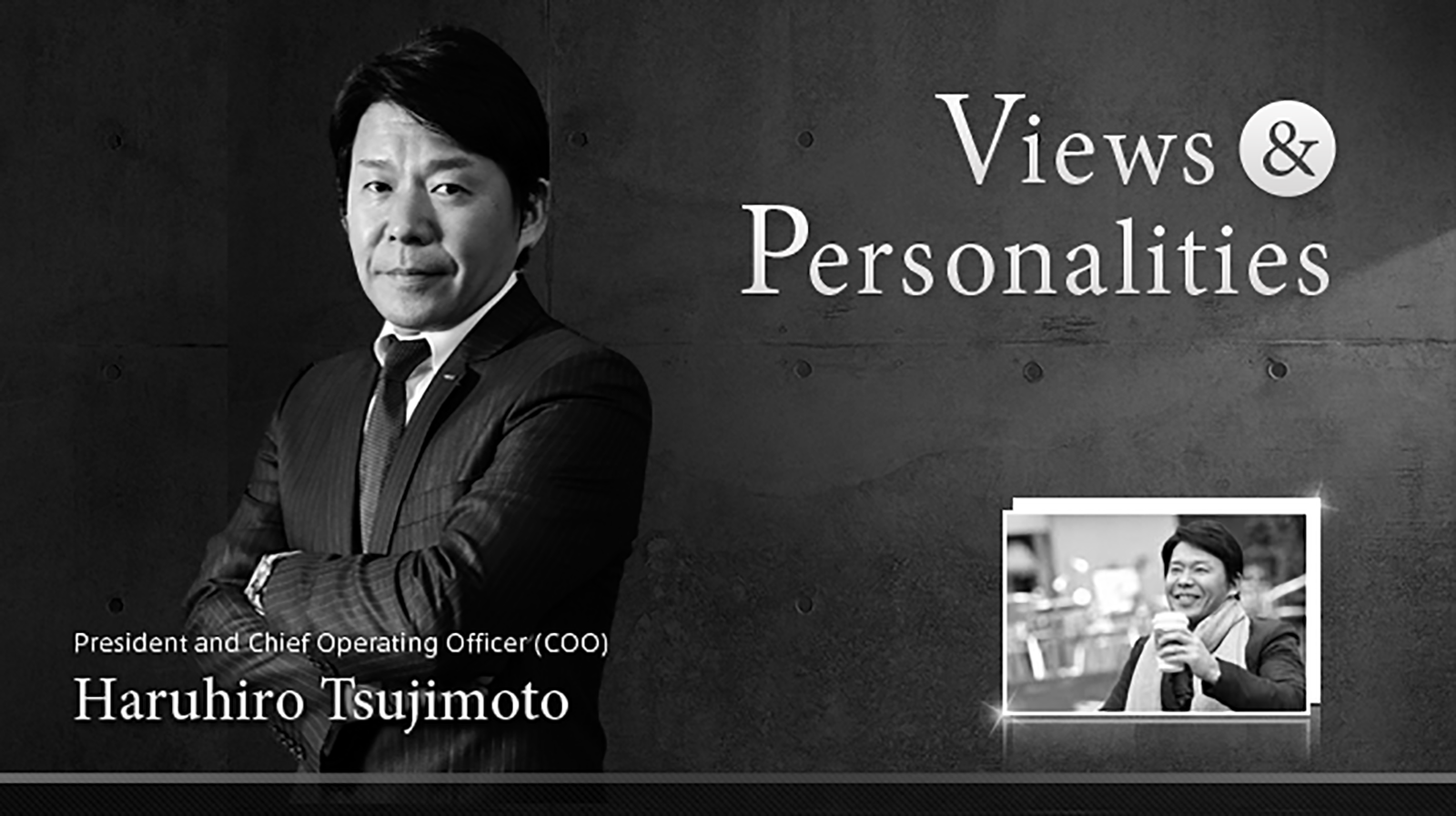 Haruhiro Tsujimoto was born in Osaka in 1964. He started working at the company on a part-time basis as a college student, thinking that this could be the start of a career at Capcom leading to succeeding his father as president.

Duties included repairing equipment and performing other front-line tasks. He joined Capcom after graduating from university in 1987. He participated in the launch of arcade operation business and played a role in creating the most profitable business model in this industry.

After becoming a Capcom director in 1997, Tsujimoto was involved mainly in strengthening the home video games business. He was promoted to managing director in 1999 and senior managing director in 2001. Starting in 2004, he supervised the reorganization of the home video games business (creating a unified framework for game development, sales and marketing), the expansion of overseas operations and other initiatives as the executive in charge of Capcom’s structural reforms. In 2006, he was named director and executive vice president for all business operations. In July 2007 he was named president and chief operating officer (COO), and his father, Capcom founder and former president Kenzo Tsujimoto, became chairman and chief executive officer.

Tsujimoto has earned a reputation as a skillful executive who never gives up when facing adversity, always remaining focused on achieving his final objective. With a framework that separates the roles of overseeing management and business operations, Capcom is capable of conducting business activities with speed and agility. 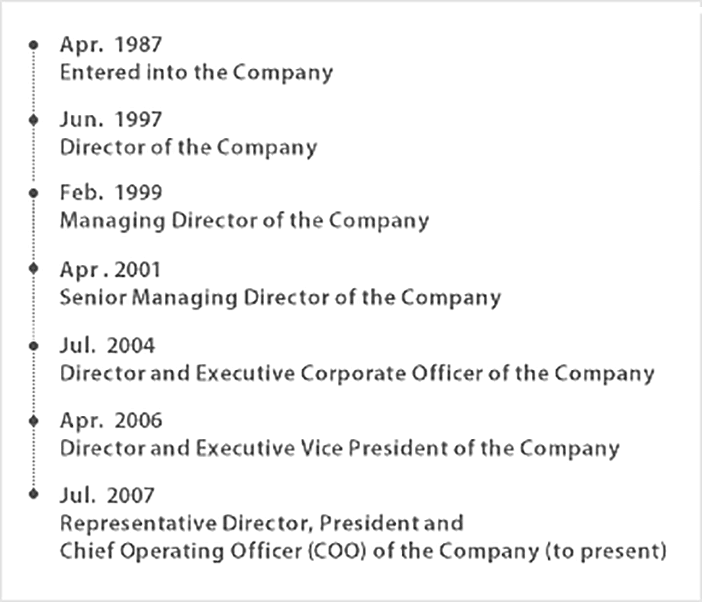 QuestionWhat is the guiding principle of Capcom’s management?
AnswerMeeting the expectations of our three major stakeholder groups. 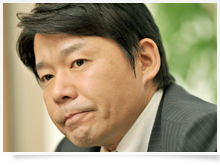 First is our fundamental obligation as a business, which is to grow by creating innovative, high-quality products and then distribute the resulting earnings to our shareholders. We are also committed to achieving a high level of satisfaction for the people who buy our games. In addition, we place importance on maintaining relationships based on mutual prosperity with game development companies, retailers and our many other business partners.
Furthermore, we believe that using Capcom’s growth to provide benefits for all of our stakeholders allows us to make a contribution to society as well.

QuestionWhat are the skills and characteristics that are required of a successful business executive?
AnswerA broad perspective and perseverance.

An executive must be capable of perceiving time lines and other parameters that differ from the viewpoints of employees.
A company’s current performance is important, of course. But an executive also needs to keep an eye on other industries, global markets and other factors that influence the business climate. Adopting this type of broad perspective is vital to establishing the best long-term objectives for business operations as a whole.
Perseverance is particularly important with regard to training employees, an activity that demands a long-term view. In some cases, developing skills may take more time than expected. Different approaches than originally planned may be needed, too. But even when this happens, I believe that we can upgrade the skills of our front-line personnel by delegating responsibilities that will give them the necessary experience.

QuestionWhat is your primary role as COO?
AnswerDetermining the strategic objectives for Capcom and reaching decisions quickly.

My most important responsibility as COO is to determine our strategic objectives. I am always guided by my responsibility to serve as a source of major strategies and goals for people within Capcom as well as the public. I do this by establishing goals and identifying areas where we should focus our resources while studying changes in the multitude of factors that affect our markets.
Another key responsibility as COO is examining a variety of business plans created to achieve our strategic objectives and then making the final decisions concerning these plans. Reaching decisions requires courage. A COO cannot avoid this responsibility. The operations of a company will come to a halt if the COO cannot make decisions on time. Always reaching decisions with speed and confidence is thus vital to the successful management of a company.

QuestionPlease explain the central goal of Capcom.
AnswerTo be the number one game company in the world. 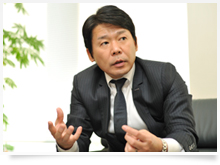 However, we do not define “No.1” in terms of sales, market share or other metrics of size. We want to be a “content company that is better than any other at making our users happy”. This is why we are following a fundamental strategy called “Single Content Multiple Usage”. That means utilizing our content in many platforms in order to make people happy around the world. Accomplishing this goal will require building a new framework for developing content, creating new techniques for marketing and dealing with other issues. Although much work remains, I want Capcom to continue moving forward toward our goal of becoming number one.

QuestionWhat is your outlook for the game industry?
AnswerOnly companies able to utilize content with “outstanding creativity” will be able to survive

I expect to see more progress involving the diversification and fusion of platforms in our industry. The diversity of game content platforms continues to grow. Examples include game consoles, video, audio, animation and manga. As this growth continues, I think that the ability to supply content with “outstanding creativity” will hold the key to success.
But this content alone will not be enough. Successful companies will also require the skill to coordinate the use of their content on many platforms. New businesses cannot be created by merely licensing content. In this respect, I think that Capcom has a competitive advantage because we can create highly innovative content and we have acquired considerable business know-how.

QuestionWhat lessons have you learned from the chairman who is also your father?
AnswerThe importance of “cash flow management”

He conveys his management philosophy and theory by using actions rather than words. The most valuable lesson I learned from these actions is the importance of “cash flow management”. Capcom has had to overcome cash shortages on several occasions since its establishment. Today, we have access to many sources of funds as a publicly owned company. But I believe that we will have to closely manage cash flows and maintain sufficient liquidity as long as our operations are centered on the game industry, where performance depends on the ability to create major hits.

What is your personal motto? 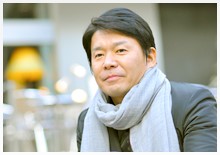 Idle thoughts make a day go by quickly. But I cannot do this for even a single day in my position as president. Since I became the president of Capcom, I have followed a disciplined approach regarding my work. Every day I pledge to “work with all my energy all day long.

How do you spend your free time?

I go to a fitness center 2 or 3 times every week. As an executive, I have a 24-hour job. Sometimes, the stress makes me tired both physically and mentally. Going to the gym for about an hour to forget about work refreshes me and gives a new source of energy.

Most of all, I like to read about figures in Japanese history who survived tumultuous periods. Kunitori Monogatari and Saka no ue no Kumo are 2 books that tell this type of story. These novels are very useful as a guide in how to lead one’s life. For instance, they write about relationships between parents and children, supervisors and subordinates, the proper conduct of a leader, and the method for reaching a decision.

What do you do on your days off?

I do things with my family on most weekends. This gives me an opportunity to enjoy conversations, play games and do other things that I can’t find time for on weekdays. We go on a short family vacation as well.

How would you describe yourself in a single word? 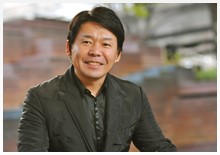 I think this is true regarding the positive and negative aspects of diligence. I take everything very seriously. Sometimes I wish I could look at things from a different angle. But I have always preferred to approach everything from front and center.

What sort of life did you lead as a university student?

My father started Capcom with about 5 employees just when I was about to start university. I worked part-time in the family business to earn some pocket money. My time at Capcom made me want to join the company so that I could help my father.

Can you name a book that left a strong impression?

If I had to name only a single book, this is the one I would select. This is a book of essays about how to think and behave as a person. I received this book from the chairman, who is also my father. My father rarely gave me a book. So I think this may have been a message he wanted to give me.

Do you have a favorite Capcom game?

I have a strong emotional attachment to this series. One reason is that” Resident Evil” was the first major hit following my appointment as manager of the home video games business. Even now, my entire family enjoys a “Resident Evil” game together from time to time on weekends.

What message do you have for Capcom employees?

I often urge employees to use Capcom’s games to make the world a happier place in this time of frequent crises and other troubling news. Giving people around the world a source of enjoyment is the reason Capcom exists. I believe that fulfilling this role is also Capcom’s obligation to society.

What responsibilities do you have other than at Capcom?

10 | “A director of the Computer Entertainment Supplier’s Association (CESA).”

At CESA, I am chairman of the Events Committee and the Japan Game Awards Committee. My goal is to hold CESA events that appeal to game users as in the past while also making these events function more as trade shows for companies. By doing this, I want CESA to hold events that can be sources of information and ideas in Japan as well as for overseas markets.