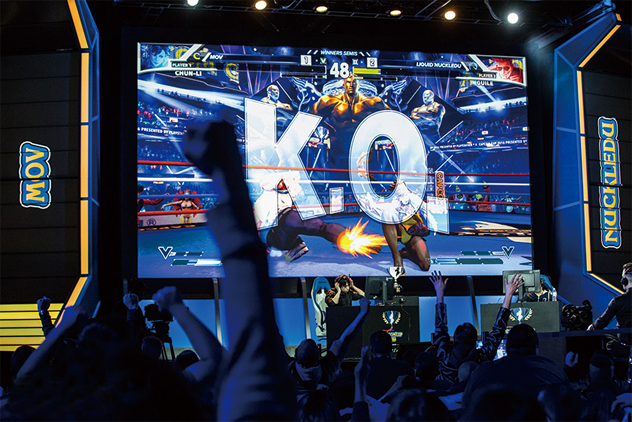 The contestants face each other on a lit stage as fighters appear on a giant video screen, eliciting a surge of cheers from the crowd. Here and now, the battle to decide the Street Fighter V champion begins.

This is just one scene from the final rounds of the CAPCOM CUP, a global tournament operated by CAPCOM U.S.A. and held in the United States.

As we enter the era of eSports we see that games are not only fun to play, they are fun to watch. However, many people may not know exactly what eSports entail. ESports (short for “electronic sports”) are sporting events for competitive games, and have been rapidly gaining popularity in countries throughout the world, especially the United States, China and South Korea. Some world championships for popular titles offer prize money totaling up to $10 million. Fans purchase tickets to enjoy competitions live at a venue, or watch them online or on television. Professional gamers and gaming teams are sponsored, and in the United States this has already become a sports business on par with professional soccer and baseball. 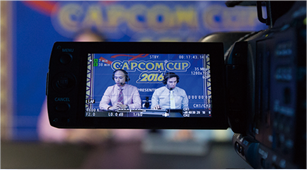 Fans around the world share the excitement of the venue through online video streaming. 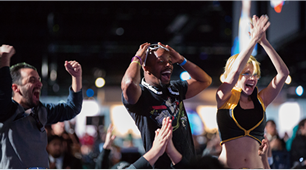 ESports is just as exciting for the fans as it is for the competitors.

At the same time, in Japan, where there is a strong association between sports and exercise (and video games are not considered sports), the eSports culture has yet to gain a foothold. However, the Olympic Council of Asia decided to recognize eSports as an official event at the 2022 Asian Games, thus Japan—a video gaming world power—can ill afford to ignore these developments. As game-related companies step up their activities to invigorate the market, Capcom will also explore the potential for eSports businesses, including the domestic eSports RAGE League for Street Fighter V, operated by CyberZ Inc., and launched in 2016. 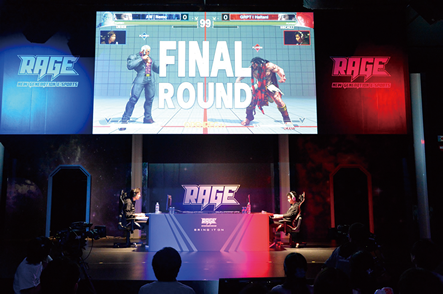 Social Media, Video Streams, Broadcasting and Other Forms of Media Amplify the Appeal of Head-to-Head Competition in eSports

The number of eSports competitors has risen rapidly since 2000, growing into a massive market of nearly 100 million people. Compared to soccer, which has a market of approximately 250 million people, it is easy to imagine the growing fan base of eSports. Amid a number of genres, including shooting games and simulators, Capcom’s Street Fighter stands tall within the fighting game genre. At the Evolution Championship Series (EVO), the world’s largest fighting game competition held annually in the United States, Street Fighter has been selected for competition numerous times, with the catch-phrase “I’m looking for someone stronger than me,” drawing fighters from around the world to engage in fierce battle. In 2016, a U.S. sports network broadcasted the final round live on television to an audience of 1.9 million viewers.

Since 2013, the CAPCOM CUP, the official world-championship tournament, has been held as an exclusive CAPCOM U.S.A. event. CAPCOM CUP entrants are chosen via qualifiers on the CAPCOM Pro Tour, held in cooperation with sponsors in various countries around the world. The tournament is shown live on video streaming sites, primarily the game streaming platform Twitch, which spreads the appeal of fighting games, and is very positive for our titles. As Street Fighter is considered to be the gold standard of competitive fighting games, this enables fans throughout the world to continue enjoying the game. 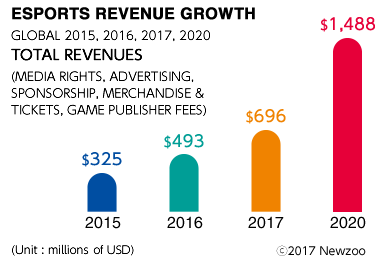 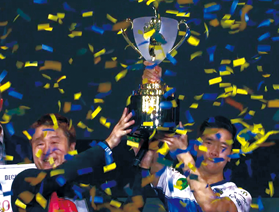 The CAPCOM CUP, organized by CAPCOM U.S.A., is the official world championship tournament for the Street Fighter series. Only select players who win regional competitions in North America, Europe, Latin America and Asia, and who are qualified in the CAPCOM Pro Tour can compete in this tournament that decides the world’s best. Since the first tournament held in December 2013, the participants’ skills have improved each year.

The fun of watching eSports lies in not only the brilliant player techniques or the wins and losses. The secret to its popularity is the drama of the fight leading up to victory, such as when a player who had been on the defensive, battles back to K.O. an opponent with all the excitement of a bottom-of-the-ninth grand slam. This brings the player-athletes to life, on the stage and live on the air. Seeing these white-hot bouts coupled with the smile of the victor helps inspire the next generation of competitors.