The Story behind Development of “Sengoku BASARA” (2) 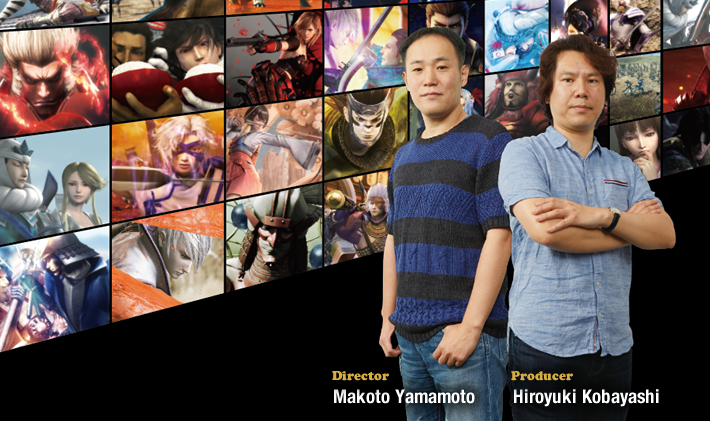 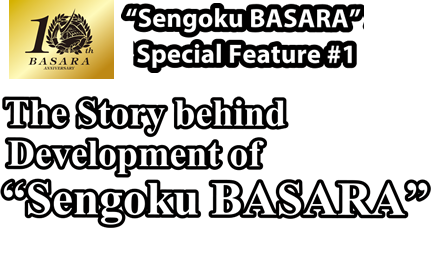 “That’s one more down. There’s just no end to it, huh?” said Yamamoto to Kobayashi who had just walked out of a meeting room after finishing an interview with a magazine.

“Thanks to this history fad, the interview requests keep pouring in. I can’t get any work done,” complained Kobayashi as a smile crept across his face.
“Well, all in a day’s work for our producer,” laughed Yamamoto.

July 2009
Four years have passed since the original “Sengoku BASARA” was released.

During these four years, the two men continued to release sequels at the rate of one title per year, while expanding the series into other media including drama CDs, comics, TV animation and stage performances. “Sengoku BASARA” had now become a popular brand with a firmly established position in the company.

At the same time, the series had kicked off an unanticipated social phenomenon: the female history buff fad.

From around 2007, the media noticed that young women were getting excited about sharing information on sightseeing involving historical sites related to feudal warlords and traditional events. “Sengoku BASARA” is considered to have started this fad, so as the game’s producer Kobayashi had recently been overwhelmed with interview requests from game magazines, regional newspapers and general newspapers.

“Was today’s interview about women history buffs again?”
“Yes, and as expected, I got asked, ‘As the creator of this trend, how do you feel about it?'”

Typical action games base their appeal on difficulty, and because women in Japan have traditionally shied away from action-intense games, there are few female fans. “Sengoku BASARA”, however, is so easy to play even people without much gaming experience are able to mow down large numbers of enemies. The characters are stylish and handsome men, who bring an enjoyable variety of colorfulness to the game depending on the character chosen. This unique appeal has captured the hearts of numerous women. Even non-playable supporting characters have passionate female fans—fans who surprise local residents when they flood into related historical sites in droves.

“Trendsetters, huh? Well, it’s not like we had planned for this to happen.”
“True, from the start I did decide not to include blood or other things women tend to dislike. However, I never imagined there would be so many female fans. I said as much again in today’s interview.”
“By the way, apparently we have a request from Miyagi Prefecture to use our Masamune Date character.”
“I know. Thinking about it, it’s really amazing, isn’t it? The idea of using a video game character for a gubernatorial election poster.”

The worlds created by video games can have a significant impact on society. The two men had a renewed sense of the deep and profound potential of video games. 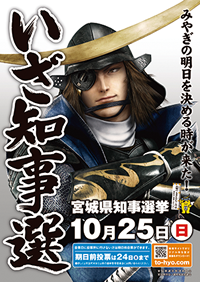 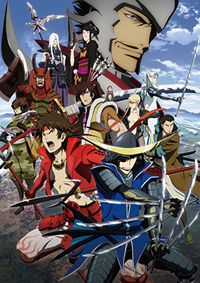 “Yes, we’re doing everything we can,” answered Yamamoto with an unusually stern expression.

“You call this action? This is nothing like what I was talking about!”
“But Mr. Yamamoto, you said you wanted the action to be ‘more dynamic’!”
“This isn’t what I meant at all! The character is just jumping around!”
“So, what exactly do you want me to do?!”

July 2013. It had been a while since Kobayashi had visited the development floor, but what jumped out at him was the heated discussion between Yamamoto and the programming team leader. None of the other staff seemed to be paying any attention. Apparently, they had gotten used to this scene, as if it were a daily routine. Everyone stared at their screens, quietly engaged in their own tasks. It was as if the brutal air of a battle corps camp had enveloped the development team.

“There’s less than six months until we release ‘Sengoku BASARA 4′, is everything going alright?”
Kobayashi asked Yamamoto in a meeting room.
“Yes, we’re doing everything we can,” answered Yamamoto with an unusually stern expression.

That’s probably true, thought Kobayashi. He had complete trust in Yamamoto’s abilities as a director. He was thoroughly aware of all game elements: from characters, story, design and action, to music, scenario and voice actors— and still continued to provide one creative idea after another, using concrete images to lead the staff and realize his vision. It was his uncommon ability that had brought “Sengoku BASARA” this far.

However, rather than the enthusiasm of creation, what he now felt more than anything else among the development team was an irritating frustration. His work as a producer had kept him busy, and for the past several months he had left everything to Yamamoto. Maybe the pressure was too great?
“Things have gotten pretty hectic since the team grew so large, haven’t they?” suggested Kobayashi subtly.

Three years earlier, in the summer of 2010, Kobayashi and Yamamoto had poured their all into “Sengoku BASARA 3”, which captured the hearts of fans and became a hit, selling over 500,000 copies. Consequently, there were huge expectations for “Sengoku BASARA 4”, which now boasted a development structure over three times larger than that of the original.

“Yes, the team has grown quite large, and my job is to keep it going forward,” said Yamamoto with the same hard expression.

He never does let his guard down. That I can count on. However, as the number of people in an organization increases, the more difficult it becomes to maintain control. Communicating your vision as a director to everyone on a massive team is no easy task. I wonder if he really is alright, thought Kobayashi, feeling slightly uneasy. 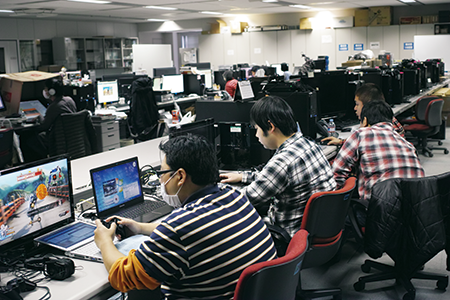 “If we can put together the right team, the next title will definitely be a hit. I believe that.” This would not be the end.

Kobayashi’s unease was realized six months later when “Sengoku BASARA 4” was released in January 2014 and failed to achieve its sales targets.
“The warlord fad has peaked.”
“There is too much action and other new elements.”
“The game wasn’t promoted properly to capture new fan segments.”
These and other factors were cited internally as the reason for the poor sales performance. Certainly, there is some truth in all these factors. But they are not the main issue, thought Kobayashi.

“It’s frustrating,” said Kobayashi to Yamamoto, entering the same meeting room from six months earlier.
“Yeah…it certainly is. More than feeling frustrated, I can’t think of anything right now,” mumbled Yamamoto with a vacant look in his eyes. Looking at him, Kobayashi decided to say what was on his mind.
“There are a lot of things being said internally, but I don’t think our game design was off the mark.”
Yamamoto lifted his head with an inquisitive look.
“Perhaps the real problem is that we have not adequately communicated the vision for ‘Sengoku BASARA 4′ that’s in our heads to the rest of the team.”
Yamamoto listened quietly as Kobayashi continued.
“During development, I spoke to team leaders about a number of things, but I often heard them say ‘we don’t understand what Mr. Yamamoto wants.’ Is it possible that your ideas often weren’t understood?”
After thinking in silence for a brief period, Yamamoto slowly began to speak.
“You know, you’re probably right. I wanted to do whatever it took to surpass ‘Sengoku BASARA 3′ and got so worked up, I didn’t spend enough time thoroughly explaining everything to the team. Rather than directing them, I guess I was just forcing my ideas on them.”
“It’s understandable; there was a tremendous amount of pressure on you. I share in the responsibility, as I should have done a better job of following up. The bigger the project, the more difficult it is to ensure everyone is on the same page.”
“Before creating a game, you need to create a team. Perhaps we forgot that basic idea,”
said Yamamoto. The light had finally returned to his eyes. Kobayashi nodded his head.
“And if we can accomplish that, the next title will definitely be a hit. I believe that.”

Yamamoto nodded in agreement. It would not end here. Kobayashi could see that old fighting spirit quietly welling up inside Yamamoto once more.

As a Producer, he is responsible for “Sengoku BASARA”, “Dragon’s Dogma”, “Devil May Cry” and “Resident Evil”.

After joining Capcom as a Designer, appointed as Director of “Sengoku BASARA”, a position he has maintained throughout the entire series.