Capcom Co., Ltd. (Capcom) today announced that two characters from its popular Monster Hunter series, Felyne and Melynx, will be utilized for the first time as mascots on promotional goods in the Osaka Prefectural Police’s vehicle-related crime awareness program.

The Monster Hunter series consists of hunting action games that pit players against giant monsters in a beautiful natural environment. The series has sparked a social phenomenon known as the "Monster Hunter Craze" by introducing a new kind of communication style for players through cooperative play focused on hunting monsters with their friends. Since the first Monster Hunter title made its debut in 2004, the series has expanded beyond games into other media, and overall has grown into a mega-hit with cumulative sales of more than 38 million units as of September 30, 2016. Further, the first RPG of the series, Monster Hunter Stories, is scheduled to be released on October 8, 2016.

Since 2013, Capcom has worked with Osaka Prefectural Police as well as with the police forces of neighboring prefectures to implement a vehicle-related theft prevention campaign. This campaign has contributed to a reduction in the number of incidents of motor vehicle theft and vehicle parts theft (where one part of a car, such as its license plate, is stolen); however, compared with other prefectures, vehicle-related crime remains prevalent in the Osaka Prefecture. In particular, for 2015 Osaka ranked highest in the country for the number of incidents of theft where goods were stolen from inside automobiles.

This year, Felyne and Melynx will make their debut as mascots in the design of a slip-resistant mat for automobiles, an item to raise awareness of the campaign. Capcom looks to support crime prevention activities in Osaka by distributing a total of 2,000 of these slip-resistant mats at prefectural police departments and the "Prefectural Free Anti-theft License Plate Screw Installation Campaign," scheduled to begin on October 15.

Capcom is committed to serving as a responsible corporate citizen and will continue to conduct proactive CSR activities that include the use of its games to invigorate communities and contribute to society.

[Goods to be distributed] 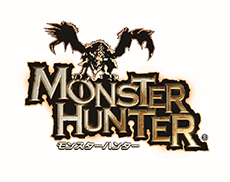