Conclusion of Comprehensive Agreement with a Local Government Body to Promote Vitalization of Local Economy; the First Such Agreement in Japanese Game Industry
– Coordination between "Sengoku BASARA", now in its 10th year, and Kofu City, now preparing to celebrate its 500th founding Anniversary –

Capcom Co., Ltd. (Capcom) today announced that it has entered into a "Comprehensive Agreement to Promote Vitalization of Local Economy" with Kofu City (Yamanashi Prefecture). The city will be celebrating its 500th founding anniversary on March 26, 2019. The agreement calls for using Shingen Takeda and other characters from its popular "Sengoku BASARA" series to further develop tourism and promote vitalization of the local economy. This is the first time that a game company has entered into a comprehensive agreement with a local government body.

The "Sengoku BASARA" series consists of action games that are based on warlords and events during Japan’s era of the warring states. The games represent unique and revolutionary worldviews in the era. Starting from the launch of the first game in the series in 2005, Capcom has pursued its Single Contents Multiple Usage strategy in which we leverage our brands in order to bring spectacular worldview to animation, stage productions and other forms of entertainment. In recent years, Capcom has been promoting cooperation with local government bodies. Masamune Date character from its series was used as an image character in posters for the Miyagi Prefecture Gubernatorial election awareness campaign among young voters. This contributed significantly to raise voter turnout. Furthermore, the latest in the series "Sengoku BASARA 4 SUMERAGI" is due out in 2015 summer.

Kofu City plans to boost tourist arrivals from Yamanashi Prefecture as well as other regions in preparation for its 500th founding anniversary. In view of its past record, Kofu City approached Capcom for cooperation for implementing initiatives to draw tourists and enliven the region. This led to the signing of the aforementioned comprehensive agreement. As the first step, plans call for a Stamp Rally based on the "Kofu SAMURAI Wi-Fi Project" to entice visitors to visit all Takeda family-related sites.

Capcom has a strong commitment to serving as a responsible and trusted member of society. The company will continue to conduct extensive CSR activities that include the use of its games to invigorate communities and to support educational activities. 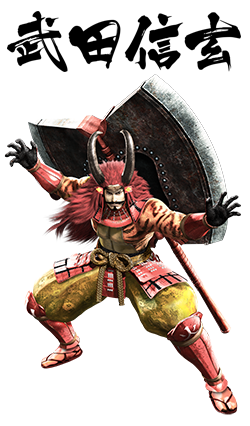