"Monster Hunter 4G" will be Launched Autumn 2014!
– Variety of independent and collaborative events planned to commemorate the 10th Anniversary of "Monster Hunter" series –

Capcom Co., Ltd. (Capcom) is pleased to announce that sales of the "Monster Hunter 4G" for the Nintendo 3DS™ will begin in 2014 autumn in Japan.

The "Monster Hunter" series is a hunting action game that pits players against giant monsters in a beautiful natural environment. The series has sparked a social craze known as the "Monster Hunter Craze" by introducing a new kind of communication style for players through cooperative play focused on hunting monsters with their friends. The series, first released in 2004 as a home video game, has been a massive hit. March 2014 marks the 10th anniversary of the launch of the franchise. Growth in sales is continuing with the number of committed fans still rising and total sales of the series surpassing 28 million units to date (as of December 31, 2013).

"Monster Hunter 4G" is a sequel to the highly successful "Monster Hunter 4", which recorded domestic sales exceeding 4 million units. "Monster Hunter 4G" will support many new features while maintaining the same world view and gaming quality of the previous title. Current players will be able to transfer most of data from "Monster Hunter 4". Capcom is committed to doing everything possible to make the new title attractive to new players also.

Capcom remains firmly committed to satisfying the expectations of all users by making the most of its industry-leading game development capabilities in order to create games that are full of originality.

* Nintendo 3DS is a trademark of Nintendo Co., Ltd. 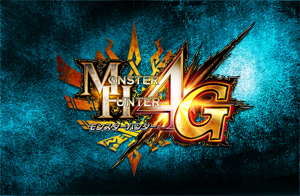