Capcom Co., Ltd. (Capcom) today announced that its popular Monster Hunter series will be utilized for the first time in designs for the Osaka Prefecture’s Summer Traffic Accident Prevention Program, scheduled to be held from July 1 – 31, 2022.

Capcom supports regional revitalization efforts throughout Japan by leveraging the power of its brands to engage people in four areas: Economic Development, Cultural Awareness, Prevention Education and Election Participation. The company has carried out various activities since 2009, such as concluding the first comprehensive agreement between a video game company and a local government body, collaborating with prefectural police in the Kansai region on prevention activities, and working to raise awareness of gubernatorial elections.

The Summer Traffic Accident Prevention Program will be held with the goal of comprehensive accident prevention by normalizing the strict observance of traffic rules and the practice of proper driving etiquette. Capcom received a request from the Osaka Prefecture to utilize the Monster Hunter series in designs for this campaign as part of Osaka’s efforts to promote more widespread understanding of traffic safety among residents. Capcom hopes to support traffic safety efforts through this program, which will see the production of items including a total 100,000 original posters and flyers that feature designs from the game Monster Hunter Rise: Sunbreak, a massive expansion which is scheduled for a June 30 release. These items will be distributed at Osaka Prefectural municipal offices, police boxes and driving schools beginning July 1.

Driven by its philosophy of being a Creator of Entertainment Culture that Stimulates Your Senses, Capcom will work to address climate change and other issues facing society while aiming for sustainable growth through establishing a relationship of trust with its stakeholders and harmony with the environment.

Driven by its philosophy of being a Creator of Entertainment Culture the Stimulates Your Senses, Capcom is working to realize a world in which all people can safely enjoy games while promoting ESG (Environmental, Social, Governance) activities and supporting the objective of creating the sustainable society envisioned in the SDGs.

With this perspective, Capcom is targeting sustainable growth through establishing a relationship of trust with stakeholders and harmony with the environment. Beginning with issues such as climate change, Capcom is proactively addressing the challenges faced by society, including reducing its footprint through digitizing sales of its content and carrying out efforts that support the developmental wellbeing of children. 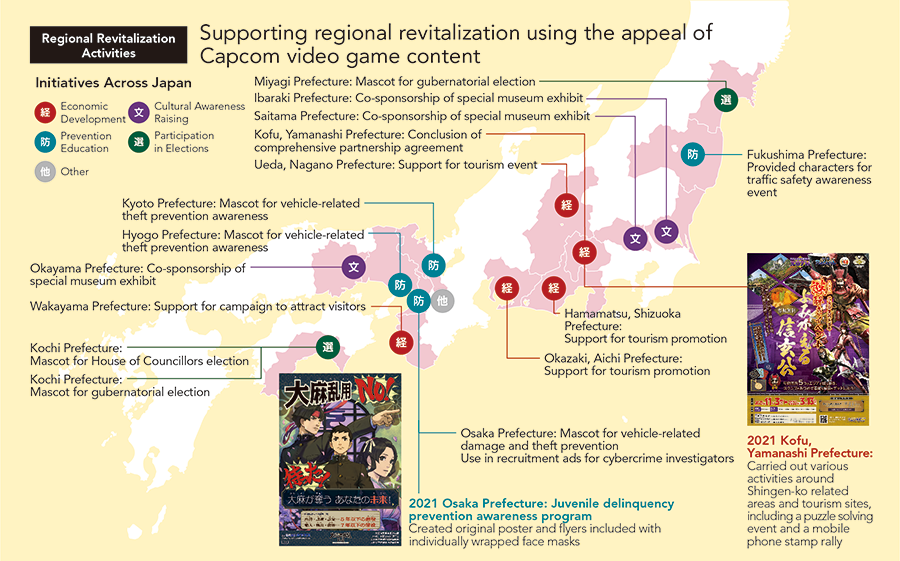 About the Monster Hunter series:

The Monster Hunter series consists of hunting action games that pit players against giant monsters in a beautiful natural environment. Beginning with the first title in 2004, the series established a new genre in which players cooperate to hunt ferocious monsters with their friends and has since grown into a global phenomenon with cumulative sales of the series exceeding 80 million units shipped as of March 31, 2022.