Released in January 2017, Resident Evil 7 biohazard builds upon the series’ roots of fear, exploration and tense atmosphere. The game’s system underwent a dramatic shift from its previous third-person camera to a new first-person perspective in order to provide an overwhelming, deeply immersive horror experience, garnering high praise from major review sites and other media. As part of its growth of digital download sales in recent years, Capcom worked on strategic pricing for the title through seasonal and event-driven discounts in order to strengthen demand among a wider range of game players. Further, in May 2021 when Capcom released the sequel and latest title in the series, Resident Evil Village, it executed promotions to leverage synergies between the two titles such as with the release of a bundle containing both games. Capcom succeeded with these promotions, achieving long-running sales in excess of 1 million units in each fiscal year since the release of Resident Evil 7 biohazard, leading the game to be the first in the series to break 10 million cumulative worldwide shipments.

Capcom remains firmly committed to satisfying the expectations of all stakeholders by leveraging its industry-leading game development capabilities. 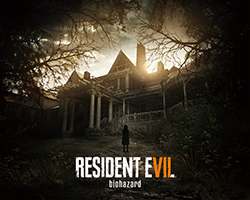 About the Resident Evil series:

The Resident Evil franchise features survival horror games in which players utilize a variety of weapons and other items to escape terrifying situations. Cumulative shipments of the games in the series now exceed 100 million units since the first title debuted in 1996. Now, more than 25 years later, the series continues to maintain a passionate global fanbase.