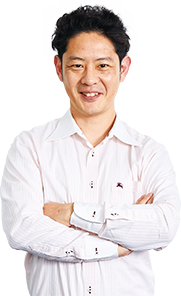 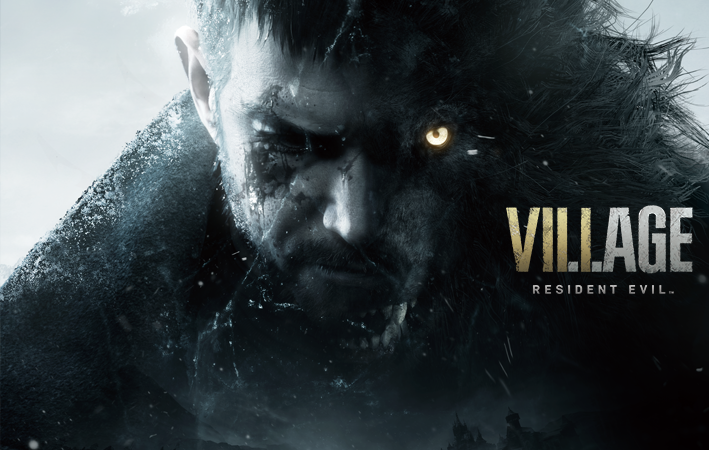 The Resident Evil series celebrated its 25th Anniversary in March 2021. Why do you think the series has been such a hit with the fans for so long? 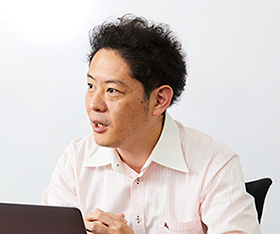 I think one big reason is because it established this brand-new genre of “survival horror” in the 1990s. The first Resident Evil game didn’t gain a lot of attention when it was first released, but it built up steam through word of mouth when people told each other how scary and fun it was. When the second game rolled around, we had record breaking sales. Since then, there have also been six Hollywood movie adaptations and even theme park attractions. This created more fans even among those who have never played the games. Resident Evil as a brand has really saturated the globe.

Striving to create entertaining games is also a big part of Capcom’s DNA. We have always tried new things as the series has progressed, evolving Resident Evil to what it is today. Generations of directors and producers, the entire staff really, have developed each game with the goal to surpass the previous one. And it’s thanks to all the people who have cherished each and every game that we’ve reached this milestone of 25 years.

The remakes have also been very popular as well, haven’t they?
Thankfully! There was a huge demand from the fans which led to the development of the reimagined Resident Evil 2 and Resident Evil 3. We received a lot of positive feedback to those games, not just from established fans but from people new to the series too. We’ve also been more proactive about digital releases in recent years, including titles from our back catalog; last year we carried out sales campaigns coinciding with title releases, which led to Resident Evil being the first Capcom game franchise to break 100 million units shipped worldwide.
There was also a recent announcement about an animated series.
Yes, Resident Evil: Infinite Darkness. It’s the first CGI dramatic series that is fully animated in 3D and is scheduled to be streamed worldwide exclusively on Netflix. A brand-new live-action Hollywood movie with a completely new cast and director is also in the works. 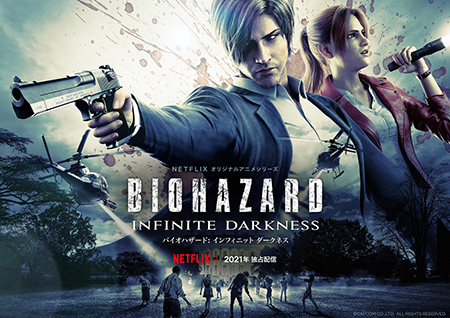 Why do you think the unique horror in the Resident Evil series is so appealing?
Unlike traditional horror, I think there is this catharsis from the achievement the player gets from overcoming their fears—which is something that is unique to games. We’re always trying to meet the fans expectations with a wide variety of weapons and puzzles built in amongst the difficult situations that bombard the player, one after another.
So, it’s not simply a matter of making players afraid?
Exactly. Just as players get comfortable after a few scenes of more serious plot progression, they’ll be confronted with terrifying creatures that attack out of nowhere or cross paths with interesting characters; still, bit by bit, they push forward to overcome their fears and put the pieces of the larger mystery together. Deep elements of character and drama are threaded by a core of horror throughout, all working with the added dimension of each player’s approach to the game—I think experiencing the limits of fear and that release of catharsis embodies the Resident Evil series.

The latest installment in the series, Resident Evil Village, is almost here.
Yes, it’s the next mainline entry in the series, set four years after Resident Evil 7 biohazard. The story revolves around the same protagonist, Ethan.
It’s interesting how you did the “eight” in the title.

If you look at the Village logo, you can see how we stylized it with the roman numeral for VIII. As the name suggests, the player will experience a new survival horror game as they make their way through a creepy snow-covered village.
So, what’s new in this game?
We’ve kept some of the European-style gothic aspects of horror from the first Resident Evil, but added this sense of terror that accompanies a desperate struggle. We took full advantage of the hardware in order to deliver an onslaught of blood-thirsty creatures onscreen simultaneously, howling and growling while they viciously pursue the player, giving rise to unprecedented levels of panic. There’s also a lot more to do in this game compared to others in the series, so I hope people enjoy it. 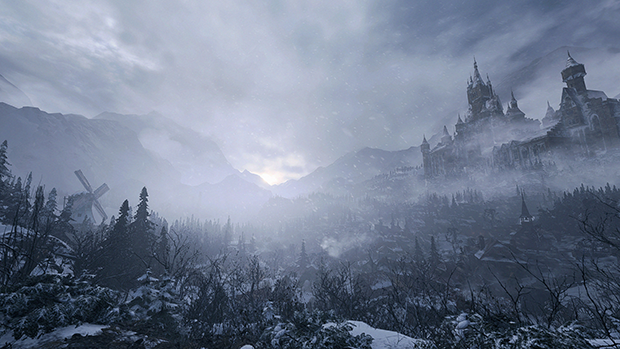 Resident Evil Village will be on current and next-gen consoles, right?
As this is our latest game, developing an incredibly immersive gameplay experience for the new generation of consoles was one of our top priorities. Our target was a stress-free gaming experience, so we focused on optimizing the game in a way that greatly reduced load times despite the high-resolution graphics. We also wanted to ensure the combat was smooth on all platforms, so we’ve been tweaking every detail right down to the wire to offer the best experience possible.
What did you do to create this immersive gameplay experience?

We’re using the same first-person perspective as Resident Evil 7 biohazard, which we’ve dubbed Isolated View, but designed it in a way that draws the player deep into the world without them realizing it. We took full advantage of the latest technology to shape the graphics and audio around this perspective to really draw the player in as if they were in that world at that moment. 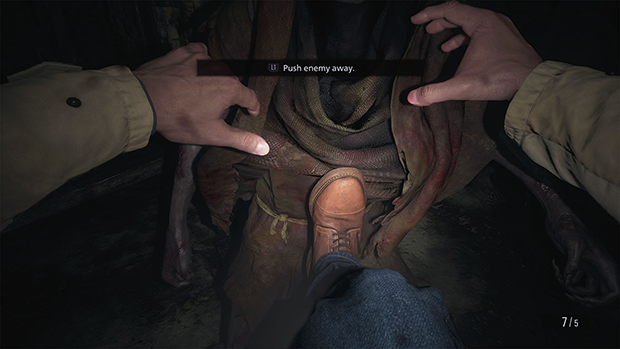 For example, real-time ray tracing, which recreates light reflecting off surfaces, really brings the realistic, beautiful environments to life. This could be the fine shimmers reflecting off the floor, or the lifelike rendering of the water’s surface, even the authentic feel of crockery and furniture in the castle. Meanwhile, while our audio design on the previous installment was lauded the world over, we’ve taken our sound technology to another level, creating an immersive space that feels all too real—so much so that the player can tell where enemies are coming from as they close in. We worked hard to improve the quality of gameplay with a combination of graphics and audio, perfect for the next generation of consoles.

It sounds like you could almost mistake the game for reality. What else can you share?
This is a much more action-oriented game. We included the guard function from the previous game, but now it’s possible to do a counter attack. You can also utilize furniture to build walls, so there are a few ways you can handle different situations. We have some more new tricks, but you’ll have to check it out yourself. (laughs) 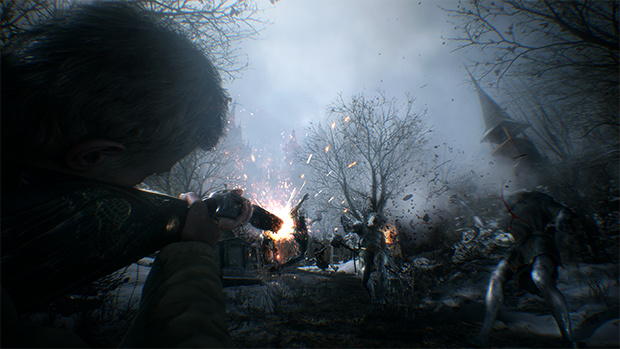 I’m getting excited just hearing about it!
I think that even if you’ve never played a Resident Evil game before, you’ll have a lot of fun as you try different strategies against enemies while also being terrified to the core.
Players can already try it out for themselves with the Maiden demo, right?
Yes, the Maiden standalone demo was released back in January. You play as a young woman trying to escape from Castle Dimitrescu, a location from the main game. I hope it gives players a sense of the detailed graphics in Resident Evil Village. 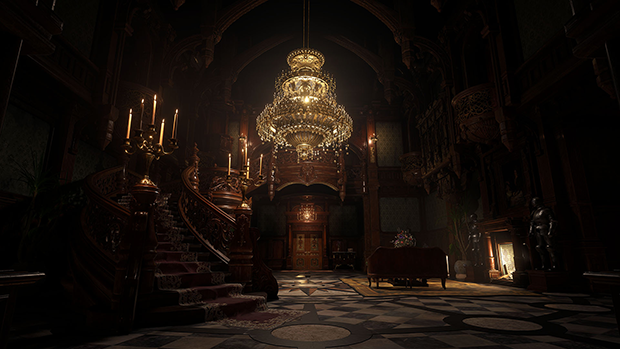 You must have had a large team working on it for a game packed with this much detail.
We worked with domestic and international vendors, but internally we had a team of around 200 people. We actively sought out younger staff in order to train them as the next generation of developers. We also had our Quality Control Department send feedback from a player’s perspective back to the developers. It was a system that took advantage of a wide variety of opinions and viewpoints to improve the overall quality of the game.
With such a major title I imagine the development process was long.
Typically, aiming for photorealism on the next generation of consoles can be a time intensive process, but thanks to Capcom’s proprietary RE ENGINE, we had a flexible, efficient development environment optimized to the task, which significantly contributed to shortening development time.
So did the COVID-19 pandemic affect the development at all?
To an extent, yes. The impact on developers with specialized technology, such as the motion capture studio and the Foley studio, meant our overall schedule was also affected. But we adopted countermeasures, such as remote work, staggered hours, and social distancing to prioritize safety for our staff. Another major change was to move all meetings to online video calls. Communication is essential to the development process, so we strived to make sure that wasn’t interrupted. We were also able to maintain the quality of development with RE ENGINE and were even able to increase development speed a little. So, the overall impact on the project was kept to a minimum.

As a producer, how were you involved on this project? 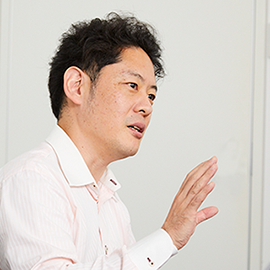 I oversaw the overall process and managed the development team. I was also involved with the global marketing team and along with the relevant departments was in charge of maximizing revenue opportunities. We’re currently working with vendors, domestic and international stores, as well as with the sales promotion department to promote the game in different regions before the game’s release. However, effective promotion strategies vary between regions, so we coordinate very closely with one another on the finer details.
I guess it’s difficult to attend any face-to-face events because of the pandemic.

Yes. Every year we would attend major gaming shows like E3, Gamescom, and Tokyo Game Show, where we could show the game off to the fans. These were always a large part of our promotional plans. But with so many events canceled due to the pandemic, shifting to online opportunities was our best option. We’ve put a lot of work into our digital promotions for this title.

First, we combined a number of our online services together into the Resident Evil Portal. The Portal doesn’t just advertise the latest information and trailers, but it’s also a place where players can show off their play data, and where we release other content players can enjoy. We designed it so it would appeal to not just hardcore Resident Evil fans, but to casual players too.

What plans do you have for the 25th Resident Evil anniversary?

One of the biggest things we’re offering is the 25th anniversary multiplayer experience Resident Evil Re:Verse, which will be available for free for those who purchase Resident Evil Village. It’s an online game where people play as their favorite characters from the series, competing to see who can get the most points in five-minute deathmatch rounds—a different kind of fun than that of Village. 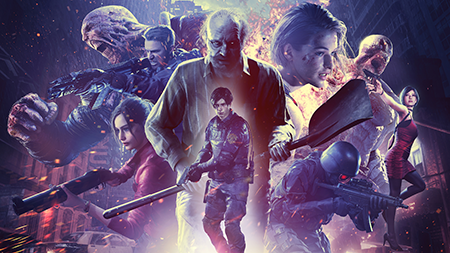 It sounds like you have a lot in the works, but is there anything in particular you’re excited about as a producer?
As a producer, I would love it if we surpassed 10 million units around the globe for Village! Resident Evil 7 has shipped more than 8.5 million units up to now, so I think that by running various strategic initiatives over time, including seasonal bargains and digital promotions, 10 million is not an impossible number.
I’m looking forward to the build-up before the game’s release. Is there anything else you’d like to say?
At Capcom we’re always pursuing new technologies and creative approaches, striving to create great games that will be enjoyed around the world. Resident Evil Village is no exception. We’ve put our all into its development and promotions to bring you a gaming experience that will shake you to the core. I hope you are all looking forward to it! 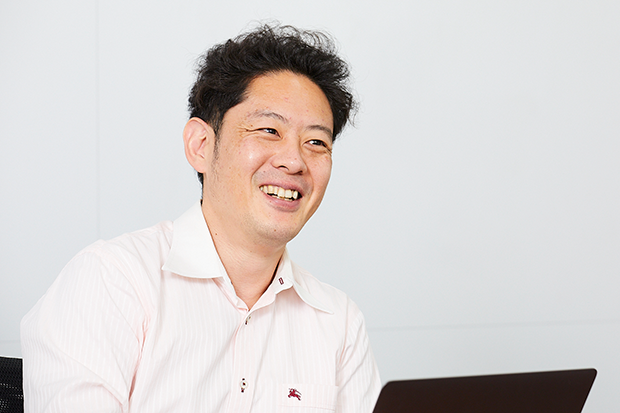