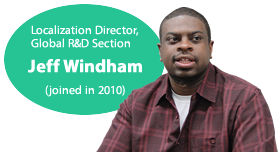 Creating Games From the Ground Up Customized for Target Regions

I have worked on the localization of numerous titles since joining Capcom, including the “Street Fighter” and “Resident Evil” series. Localization isn’t just translation – there are many cultural changes that should be considered in order to give the player a more personalized, stress-free experience. To better accomplish that goal, localization directors join the dev team from the early stages of development. They work closely with the team to ensure that localization in all languages can proceed smoothly, but also help to provide advice and support with various issues that may arise in selling the game worldwide. 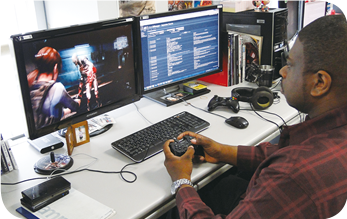 Delivering “Made in Japan” to Countries
with Different Languages and Cultures

While localization is an important part of overseas game development, we should avoid trying to completely localize a game. Capcom is a Japanese company, and attempting to make a 100% western game will only result in creating an imitation of a western game. It’s important to preserve the creator’s vision when taking localization into account, as well as emphasizing what makes Capcom games unique. I feel that Capcom games have deep systems that become more interesting the more they are played. A good localization will present the game in terms that the user is familiar with, while retaining the essence and quality of what makes a Capcom game. 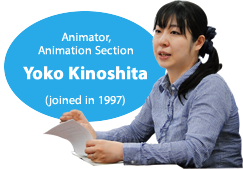 At Capcom, regardless of gender or nationality, the work environment enables a diverse range of people to develop skills in their specialty area. I feel inspired when people from different backgrounds share ideas and I strive to be able to contribute to game development.

During a discussion about how to create monsters that make people feel afraid, I said “Main monsters are always viscerally scary and in your face, but what about creating a monster that invokes a slow-building emotional fear in the user?” A male coworker told me “A man would have never saw it like that”. Although I’ve never placed an emphasis on gender, I did feel that that I was able to provide an opening for new expressions as a female creator. 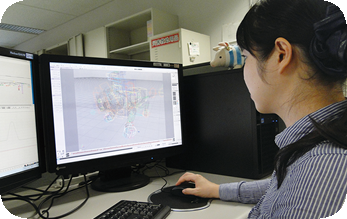 I was motion production leader on the “Monster Hunter” series and have been involved in a number of other core titles including “Resident Evil 6” and “Dragon’s Dogma”. I guess I am in the “veteran” category. This year marks the 10th anniversary of “Monster Hunter”, we hired new employees who chose Capcom because they are “Monster Hunter” fans. New hires study game creation while offering fresh ideas and boundless energy. Veterans pass on their wealth of experiences while making significant contribution to maintaining and improving quality. We make use of the strengths of new hires and veterans, inspiring one another to create as much synergy as possible. This is how it works on the front lines of Capcom development.